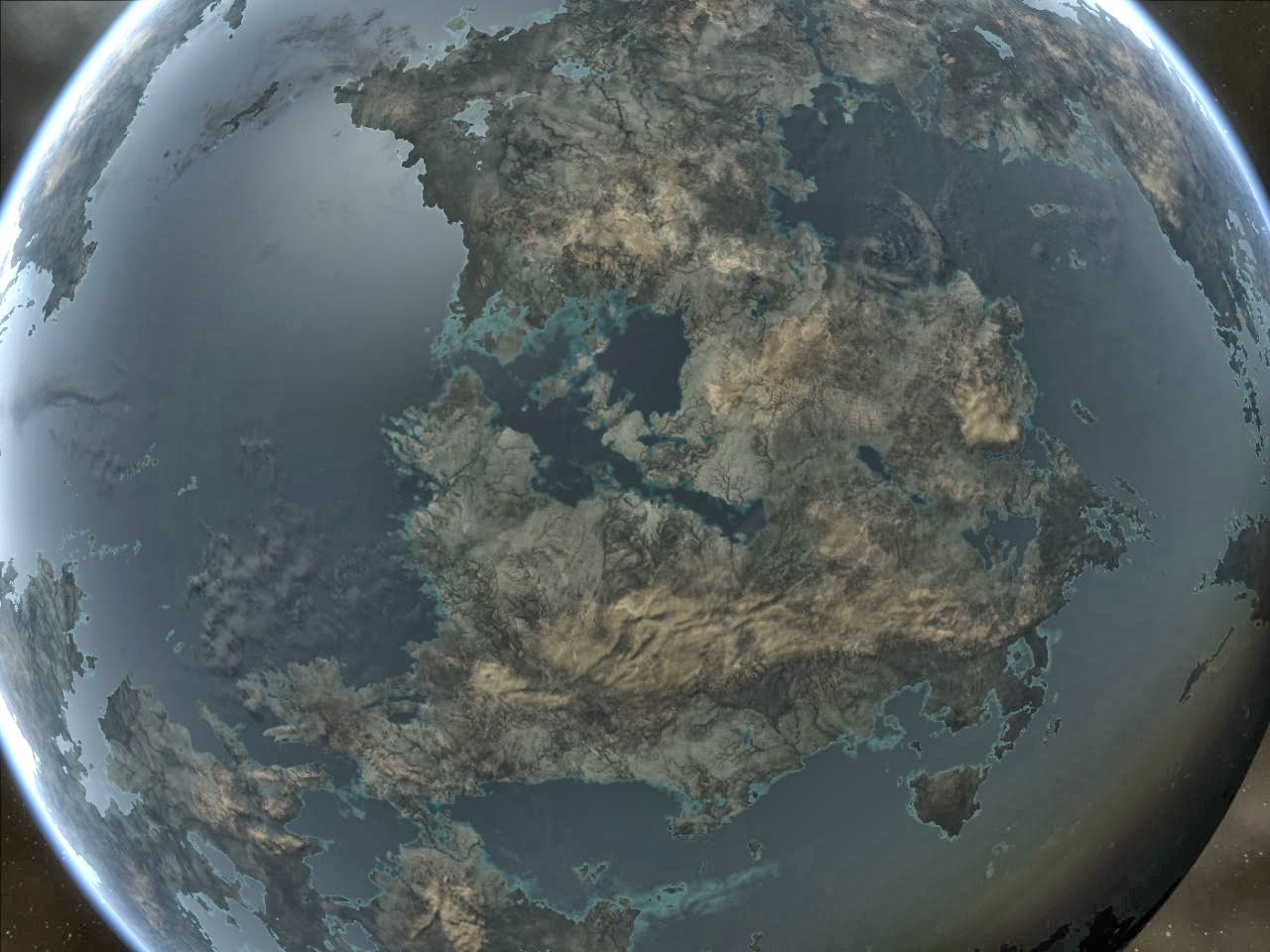 With its latest report the Aurora Arcology has delayed its continued effort of bring colonists to the planet. According the Mrs.Ymladris and the Ayem Development Board, the colony hosts 70 000 inhabitants. The goal was set last year to have 100 000 by the end of December. This was not reached due to the appearance of the Jovian structure.

You can read of the continue effort of Ayem colony here

And the Director of the project and member of the development board Jandice Ymladris continues to to report here development in here News feed.

The ranks and structure of the Reserve 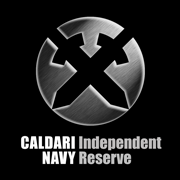 As a military organization, CAIN has a structured chain of command that performs a number of valuable functions. Pilots can easily determine who has the most experience, the confidence and responsibility necessary to lead combat operations (and bring them to a successful conclusion), and who can make important decisions about corporate policy when answers are needed in short order. Ranks are not used for forcing lower-ranked members to do the bidding of higher-ranked members - especially in peacetime. During wartime, however, it is imperative that pilots follow the chain of command. Because of this, the general staff makes sure that flag officers are not only experienced, but that they command the respect of the rank and file so that they can trust the decisions and follow the orders of flag officers without a second thought. The burden of rank is a two-way street, and both sides work together to make sure that things run smoothly.

Commodore - the intermediate flag rank. In order to be promoted to commodore, an officer must have held flag rank for a minimum of three months and during that time, the officer must have led a significant number of combat missions (be they low security patrols or war operations) during which contact with hostile forces was made and CAIN forces emerged victorious. In addition, the officer must be nominated for promotion to commodore by a member of the general staff and approved by a majority vote of the general staff (with CINC's vote breaking any ties).

Captain - the lowest flag rank. In order to be promoted to captain, a pilot must held the rank of commander for a minimum of three month and have a significant and successful combat record during his or her time in service. They must also have earned the respect of their peers and be trusted to lead combat operations with confidence. They must be nominated by another flag officer for promotion to flag rank, and while a formal vote of the general staff is not necessary for their promotion to captain, a minimum of two members of the general staff (one of whom must be the CFO or CINC) must sign off on the promotion, and a formal objection by two or more members of the general staff to the promotion will veto it. Captain is the minimum rank required in order for a pilot to be considered for a divisional commander position.

Fleet Ranks
Commander- the highest non-flag rank, commanders are the most experienced of the rank and file, with significant combat experience as well as a minimum of six months in the Reserve. In order to be promoted to the rank of commander, they must be nominated for promotion by a flag officer and approved for promotion by two members of the general staff (one of whom must be the CFO or CINC). A formal objection by two or more members of the general staff to the promotion will veto it.

Lieutenant Commander- pilots with this rank have distinguished themselves in combat during wartime or on multiple patrols over a period of at least six months in the Reserve. In order to be promoted to lieutenant commander, pilots must be nominated by an officer of commander rank or above, and approved by a minimum of two officers rank commodore or above (one of whom must be a member of the general staff). A formal objection by any member of the general staff will veto the promotion. Lieutenant commander is the minimum rank an officer must achieve prior to receiving divisional responsibilities, such as recruitment officer, quartermaster, or diplomatic and intelligence staff.

Lieutenant Junior Grade- this rank is bestowed upon recruits who have successfully completed their probationary period. The privileges for a Lieutenant JG are few, and most Lieutenants JG who do not achieve the rank of full lieutenant within a year will most likely be mustered out of service with the Reserve.

Midshipman- this is the rank all new recruits have in the Reserve during their probationary period. It confers no privileges, other than the basic ones of being in the Reserve.

Flag Rank
The rank Admiral, commodore and captain that makes up the leadership of the Reserve and often are the divisional commanders of the Reserve.

Fleet Rank
The five ranks below commander that makes up the majority of the reserve. When members reach the rank of Lieutenant Commander he receives  a divisional position where the pilot has shown skill during his service.

General Staff
The ruling body and leadership of the Reserve.

Divisional Commanders
CAIN has four divisional commanders whom each has one area of responsibility.

Chief of Fleet Operations (CFO) Is in charge of the Fleet Operation Division, responsible to  carry out any military objectives of the Reserve. Current CFO is Admiral Ladel Teravada.


Quartermaster General (QMG) Is responsible for the Quartermaster Division and of the material needs of the Reserve making sure that logistic during both peace and wartime is working as intended. Can appoint junior Quartermasters to help out with the task. Current QMG Captain Sarendra.


Chief Recruitment Officer (CRO) Responsible for the Recruitment Division and is in charge of both recruitment and the training of new recruits in basic combat operation. The CRO can appoint recruitment officers that can help out and make sure same high standard is meet. Current CRO is Captain Tyyne Kerttu

Email ThisBlogThis!Share to TwitterShare to FacebookShare to Pinterest
Etiketter: CAIN

CAIN holds meeting in "Port Larren" over the appearence of Drifters in system.

With the appearance of the undentified structure 2 months back, Fourth District system of I-MGAB more locally known as "Ayem" has been on a higher alert. Fourth District News Service received information that individual combat  and research vessels has been paroling the area trying to figure out what the purpose was and if it posed a treat to the District. Just recently the the structure became fully visible and the so called "Circadian Seekers " began to appear. Only one time the confrontation became hostile but no information or communication has been successful.

With the appearance of the "station" or "communication tower" and strange unknown battleship in the system, Fourth District has again reacted by increasing the patrol in the area.
The battleship that has been identified from other part of new Eden as Drifters and has put the empire on high alert  forced a quick meeting shortly after the structure became fully visible.

Capsuleers mostly from CAIN but also from Copperhead joined in with Captain Demion Samenel, Alliance Executive Officer from Fourth District, to discuss the matter at hand.

After the meeting Cpt. Demion Samenel summarized the meeting as successful and he then assured us the they are doing everything they can to determine the reason behind the appearance.

"As of now we dont consider them hostile and we will not engage them until we can make a more detail assessment of their purpose. We will stay in contact with other alliances and also via our office in Nonni with both Caldari Navy and the CEP to see if the poses a threat to us our the State."

The unidentified structure in I-MGAB has lost is cloaking barrier and is now fully visible in space. No signal has been intercepted from the structure and it is unclear if its station or surveillance tower. One thing is clear its ancient and has been here long before any other empire activity.

Fourth District has been put on high alert and called for a meeting to discuss how to proceed. And capsuleers has been asked not to approach the structure without authorization from Allied Command and has been ask asked to forward any details regarding its activity. So far no increase of Circadian Seeker activity has been spotted but a larger amount radiation has increased in different location. A recon patrol has been ordered to patrol the system to respond to any activity.

We will update this as soon as more information is aviable